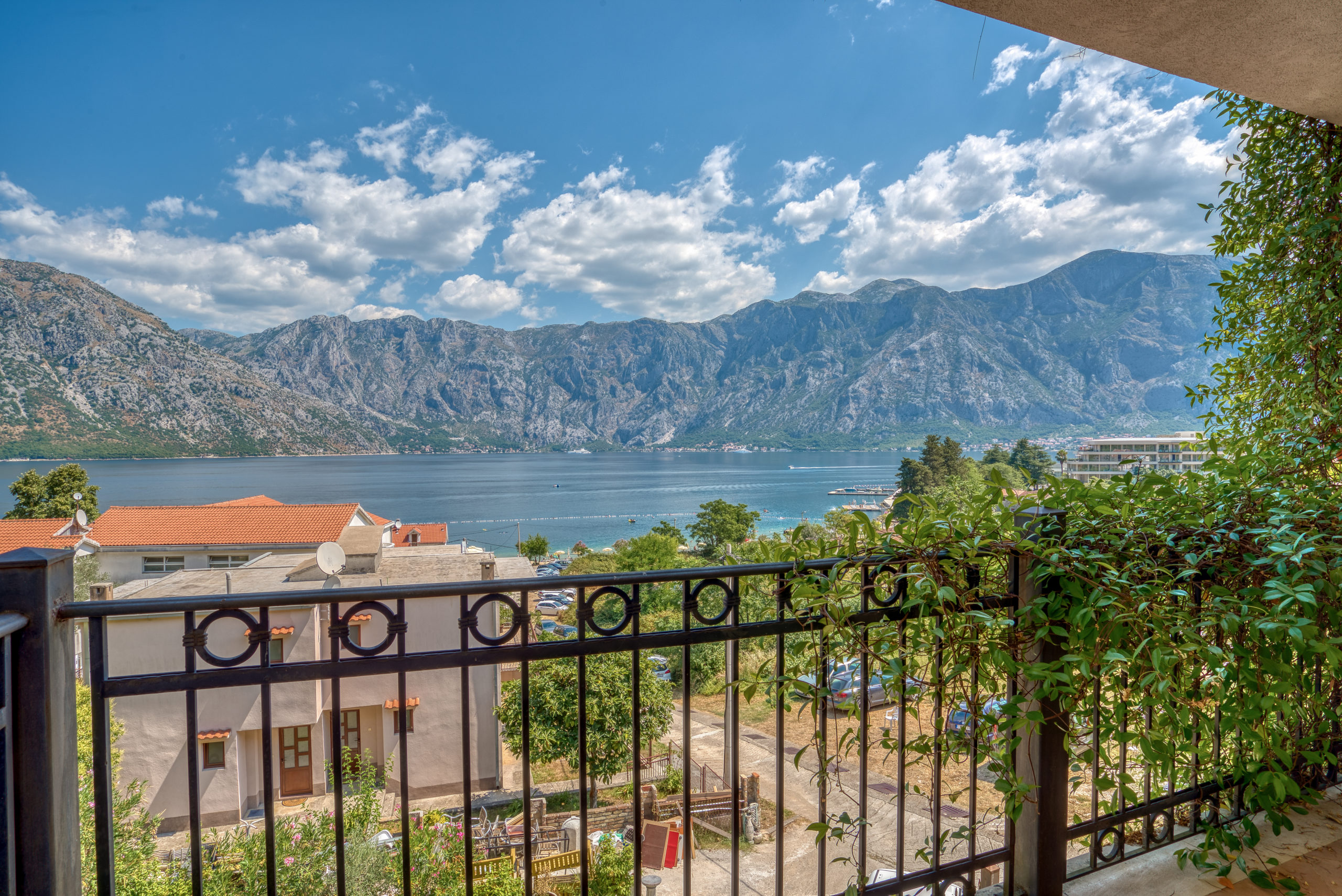 Stoliv is a small settlement on the shores of Kotor’s Bay, situated between the straits of Verige and Prčanj. Like other settlements in Boka, Stoliv was first developed on the hill above the sea, where the population had better conditions for defense against the enemy, who in Boka mostly came from the sea. The resort on the coast was formed by the development of maritime in the 16th and 17th centuries, while the oldest written document in the Historical archive in Kotor mentioning Stoliv dates from the beginning of the 14th century. Stoliv is today a popular tourist destination that attracts guests outside of the high tourist season, primarily thanks to the tourist and cultural events of Kostanjada and the Festival of Camellia.

For sale is a large 3 bedroom apartment of 129m2 with beautiful sea views of the Boka Kotorska. It consists of a large hallway, three bedrooms, two bathrooms, living room, kitchen with a dining area and three terraces. The terraces are large overlooking the sea and the bay.

The apartment is located 150m from the sea in a residential building and occupies the entire floor.
The apartment consists of two units, two apartments of 50m2 and 79m2 and as such are listed in the tittle deeds. They are for sale exclusively together.

The price of this property is 165,000 €. In front and around the building there is a public parking lot.

The property is 150 meters away from the sea, about 9km from Kotor Old Town and about 10km to the Tivat Airport.

For more information regarding this apartment, please give us a call at:

Or email us at: objektarealestate@gmail.com

Completely renovated stone house on the 1st line to the…

This newly built building is located on a quiet street…

Spend an unforgettable Montenegro holiday with friends and family at…

In the heart of Budva, just 50 meters from beautiful…

This top-class complex will be built in the calm and…

We present to you one of a kind luxury residential…

Compare
You can only compare 4 properties, any new property added will replace the first one from the comparison.

Owning a home is a keystone of wealth… both financial affluence and emotional security.